“NOT DAM DE PARI” - THE CONQUERED WORLD MUSIC ABOUT LOVEThe musical Notre-Dame de Paris is, above all, a spectacle. And this is fifty songs about love, amazing voices, melodic music that combines French chanson and gypsy motifs. Notre Dame…

"DRUMMER" NIKOLAI GNATYUKHearing the name of this artist, most music lovers will immediately remember the famous “Smereka”, “Bird of Happiness” and “Raspberry Ringer”. Although some of the singer’s admirers prefer such hits…

RICH AND FAMOUS SHERFor almost 50 years, Cher remains one of the most successful women in show business. Singer, actress, author, director. Possessing such a voice performers in the world can be counted…

Why does music heal? 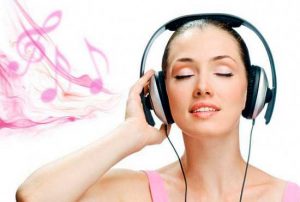 Almost everything that happens in nature is connected with the world of sounds. In any case, in wildlife. It can be considered proven that music affects us and you, and plants, and animals.

Music increasingly serves health. A special, though not so vast yet, field of medicine has appeared – music therapy. First of all, she treats neuropsychiatric diseases: music therapy sessions under the guidance of psychotherapists are firmly established in medical practice.

And in recent years, sound exposure is increasingly used for the treatment of somatic, bodily diseases. So, the journal “Inventor and Rationalizer” recently spoke in detail (in No. 5 for 1986) about the experience of the doctor A. Guskov: with the help of sound, he removes stones from the ureter.

A lot of experimental material on the healing effects of music has been accumulated; there are much fewer works revealing the mechanisms of its effect on humans. But, without penetrating into the essence of the phenomena that occur in the body when exposed to sounds, it is difficult to develop and improve music therapy.

So let’s try to speculate about these mechanisms, taking into account the data of biophysics, biochemistry and medicine.

Imagine a piece of music as a specific sequence of signals — mechanical vibrations in an elastic medium lying in the frequency range 10-20000Hz. For some processes in the human body, and, above all, for enzymatic reactions, the same frequencies are characteristic.

The work of the enzyme is associated with a change in its shape, that is, with the mechanical movement of part of the protein macromolecule: it is compressed and expanded during the processing of each molecule of the substance of the substrate. The number of such molecules processed by the enzyme molecule per unit time is called the number of revolutions of the enzyme; it is a measure of the rate of an enzymatic reaction.

Back in 1968, Professor S.E.Shnol (Institute of Biological Physics, USSR Academy of Sciences) compared the number of enzyme revolutions with the frequency characteristics of a musical scale. It turned out that for many enzymes involved in the most important exchange processes, these numbers correspond to the frequencies of musical notes of the European sound series.

So, in cytochrome reductase, which is turned on at the most important stage of providing the body with energy – when oxygen is absorbed, the number of revolutions per unit time is 183 Hz, which is very close to the note of fades of a small octave (185 Hz).

Since the frequency characteristics are so close, is it possible to assume the possibility of a direct effect of music on certain biochemical processes?

The analogy may be somewhat crude, but the enzyme can be compared with a tuning fork that starts to sound — in our case, catalyzes a biochemical reaction — under the influence of sound whose frequency coincides with its natural frequency, which leads to resonance.

Biochemical processes are systems of conjugated enzymatic reactions. To regulate the operation of these systems, it is enough to influence the only, slowest reaction that restrains the process as a whole.

For processes occurring in different organs, the enzymatic reactions that determine the overall rate of transformations are different, therefore, the sensitivity of organs to sounds of different frequencies should be different.

But if so, then each organ system should have its own “musical score” – the most effective combination of sound vibrations, the frequency of which is determined by that very restraining, slowest reaction.

Analyzing the number of enzyme revolutions, it can be assumed that the stomach is most sensitive to a low register (for digestive enzymes, revolutions are very low, of the order of 10 Hz), and, on the contrary, high frequencies correspond to respiration and transmission of a nerve impulse (carbonic anhydrase enzyme – 40,000 Hz, acetylcholinesterase – 14,000 Hz) . Changing the reaction conditions changes the speed: a full stomach “sings” in a higher voice.

A direct effect on enzymes is, of course, not the only possible mechanism for the biological action of music. Studies of cell membranes showed that in some cases, the channels through which the ions necessary for its normal operation enter the cell behave like oscillatory circuits, whose natural frequencies lie within the acoustic range.

So, the effective frequency, which changes the output rate of Ca2 + ions, is 15 Hz, and if you act on the cell with sounds of this frequency, you can expect a sharp jump in the concentration of calcium ions. Indeed, under the influence of electromagnetic oscillations with a frequency of 15 Hz on artificially cultured brain cells, a multiple acceleration of the release of calcium ions was observed.

KNIGHT OF OPERATION FLORIMON HERVEThis composer composed various spiritual works, but did not admit to anyone that he dreamed of operetta. Then he nevertheless created 80 operettas, although he already dreamed of completing a…

GENESIS - Pioneers of Art RockThe development of rock music in general and its intellectual direction in particular is impossible to imagine without the British band Genesis. It was she who turned into the channel…